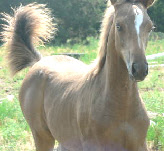 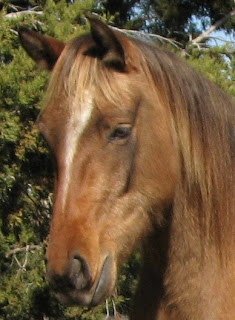 Woe betide the forces of Darkness should they covet and steal this indomitable filly as she would be likely to meet the rescuing army with the Dark Lord's bloody crown proudly clenched between her teeth.
Posted by Becky Burkheart at 8:46:00 PM